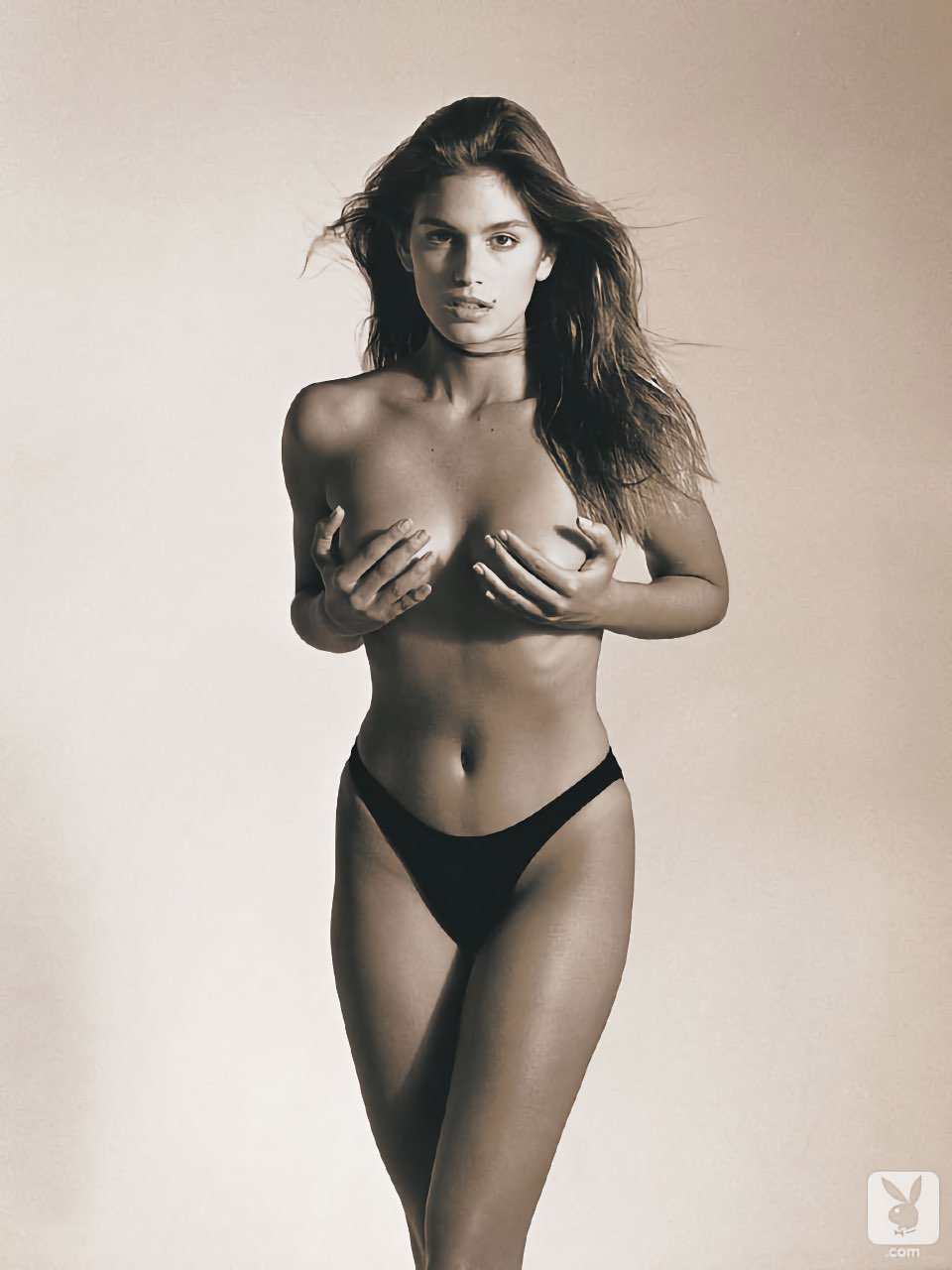 Cindy Crawford is an American supermodel and actress. She was born on February 20, 1966 in DeKalb, Illinois, United States. Her birth name is Cynthia Ann Crawford. Cindy Crawford's measurements are 34-26-35, she has natural breasts.

Cindy Crawford was a featured Playboy model in October 1998.

During the 1980s and 1990s, she was among the most popular supermodels and a ubiquitous presence on magazine covers, runways, as well as fashion campaigns. In July 1988, she posed nude for Playboy magazine in a shoot by photographer Herb Ritts. In October 1998, Crawford returned to the pages of Playboy for a second nude pictorial, again taken by Ritts. She was ranked number 5 on Playboy's list of the 100 sexiest stars of the 20th century. A 1997 Shape magazine survey of 4,000 picked her as the second (after Demi Moore) most beautiful woman in the world. In 2002, Crawford was named one of the 50 most beautiful people by People magazine. In her forties, she claimed No. 26 in the 2006 Hot 100 issue of Maxim magazine. She was named No. 3 on VH1's 40 Hottest Hotties of the 90s and was named one of the "100 Hottest Women of All-Time" by Men's Health.

Cindy Crawford on Playboy Plus 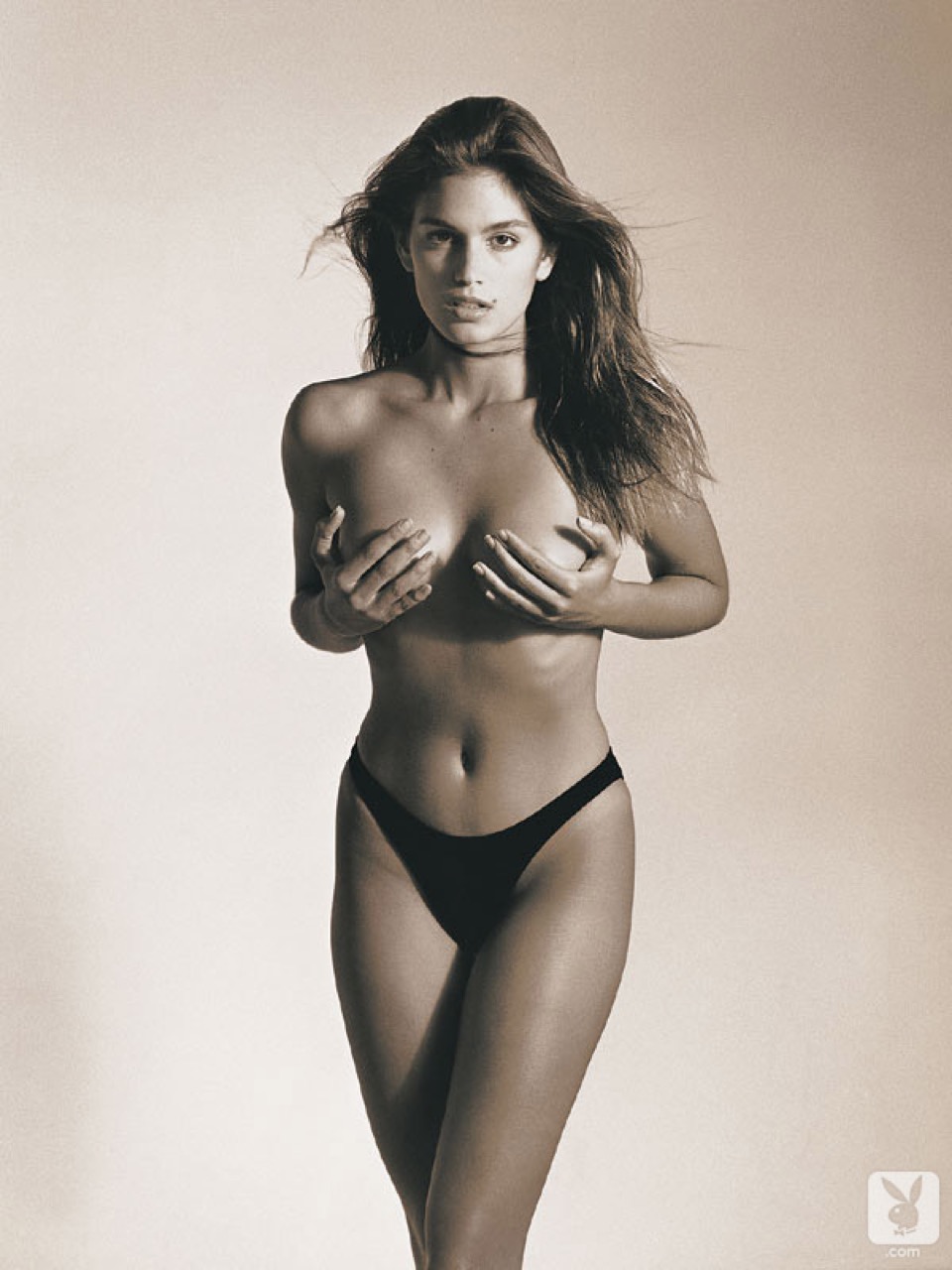 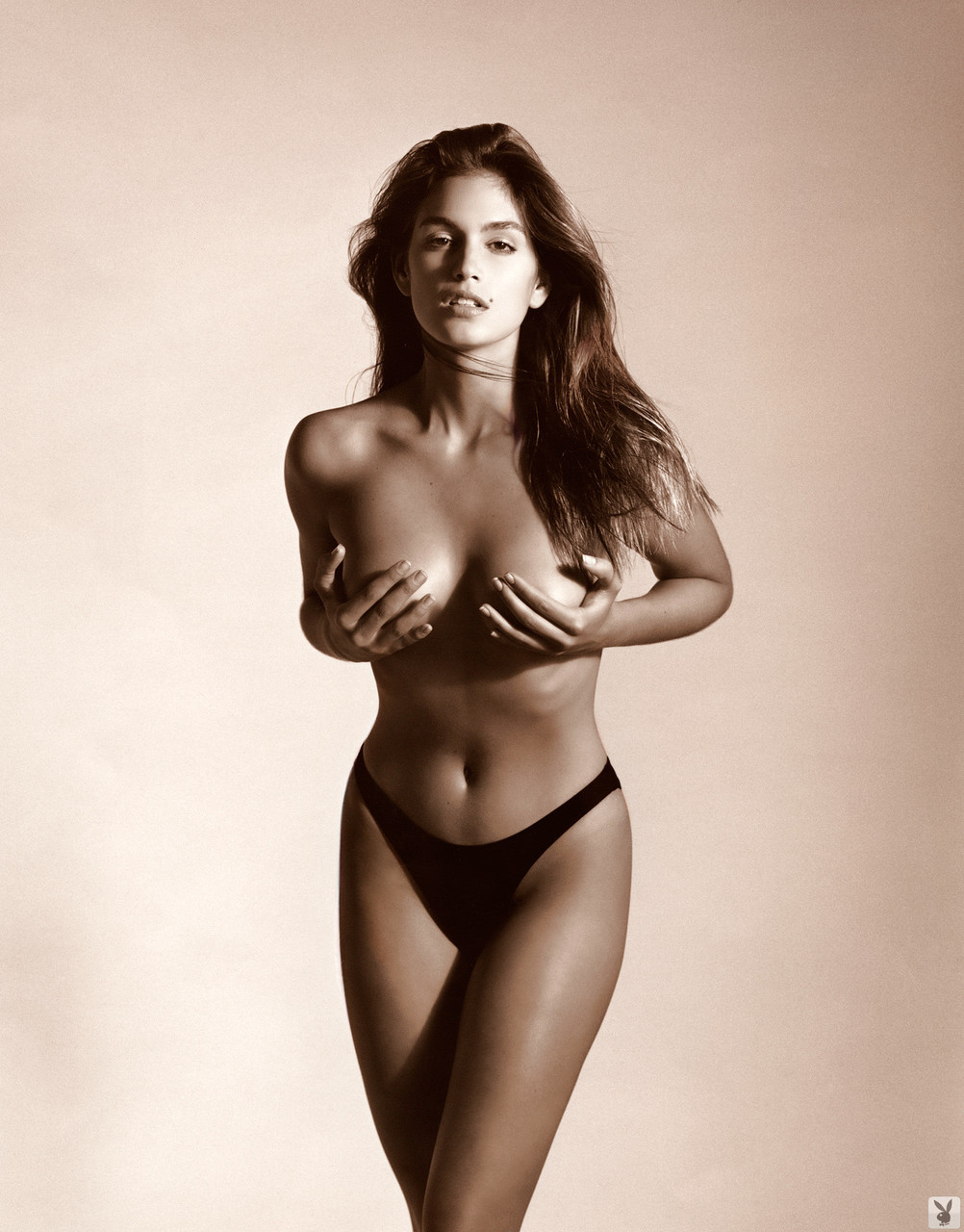 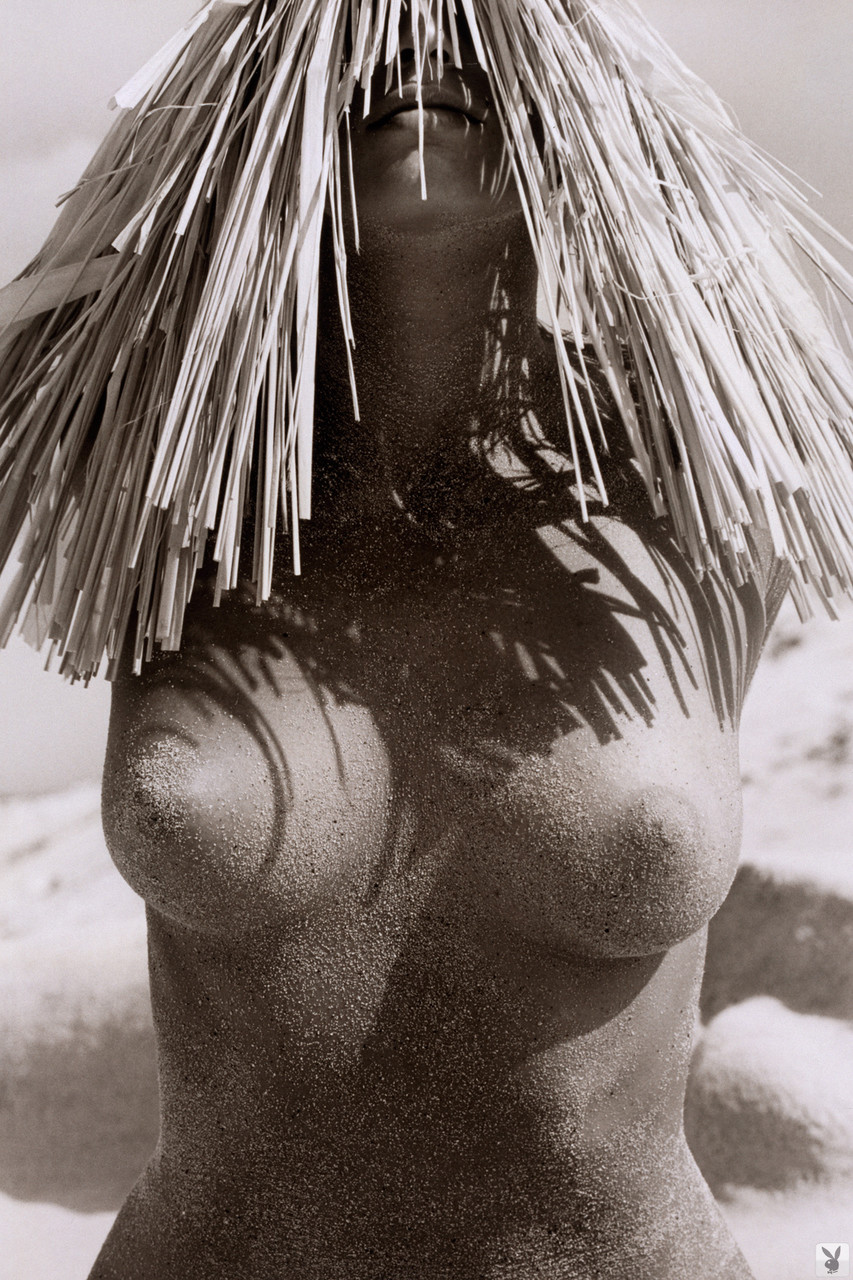 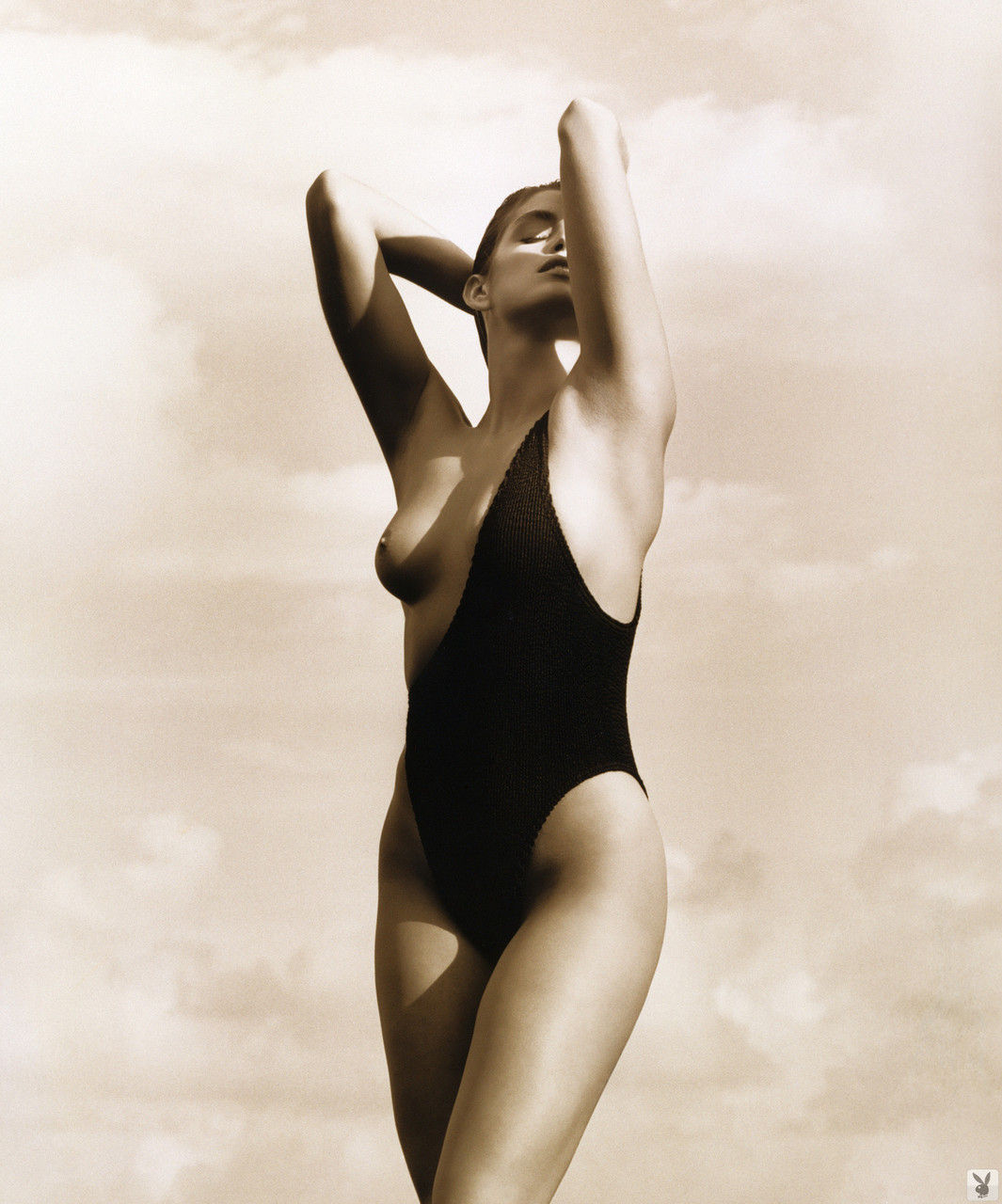 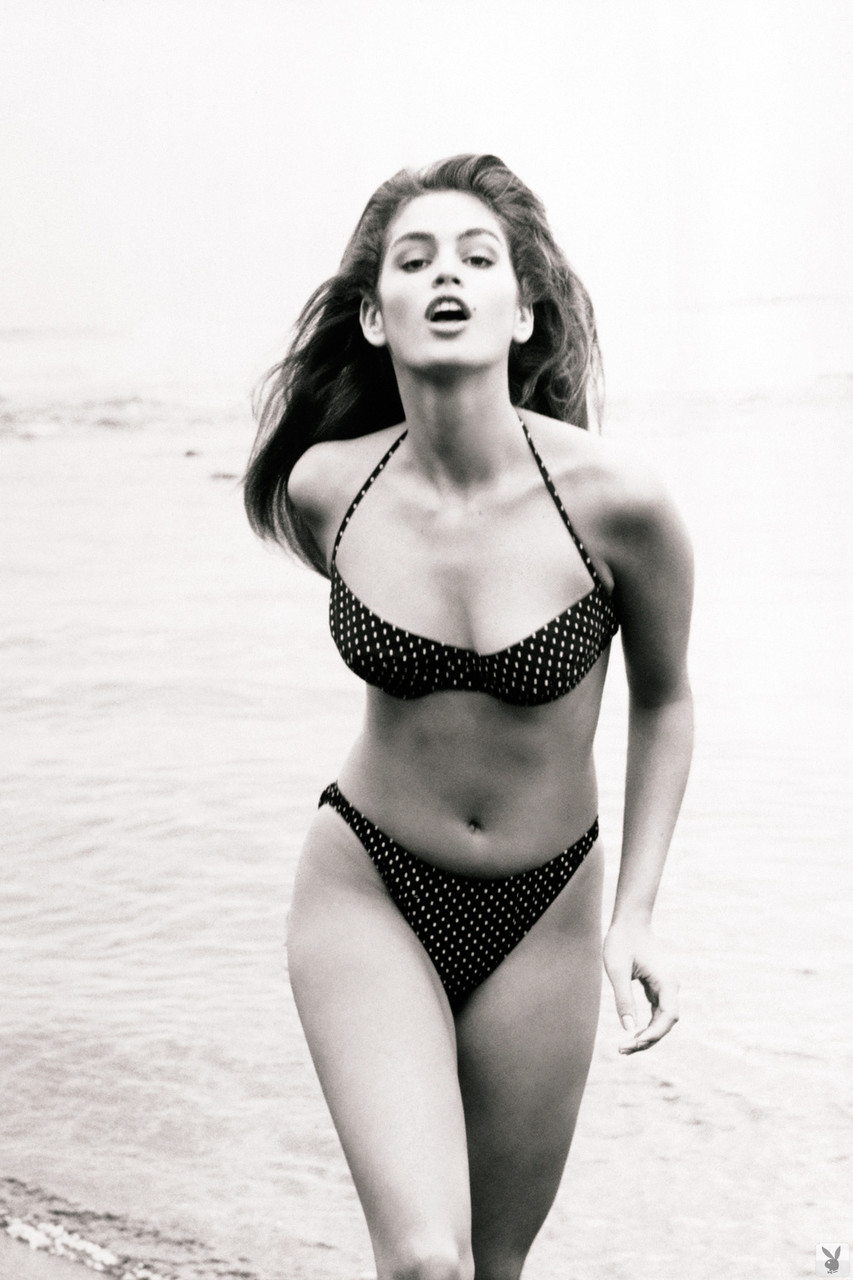 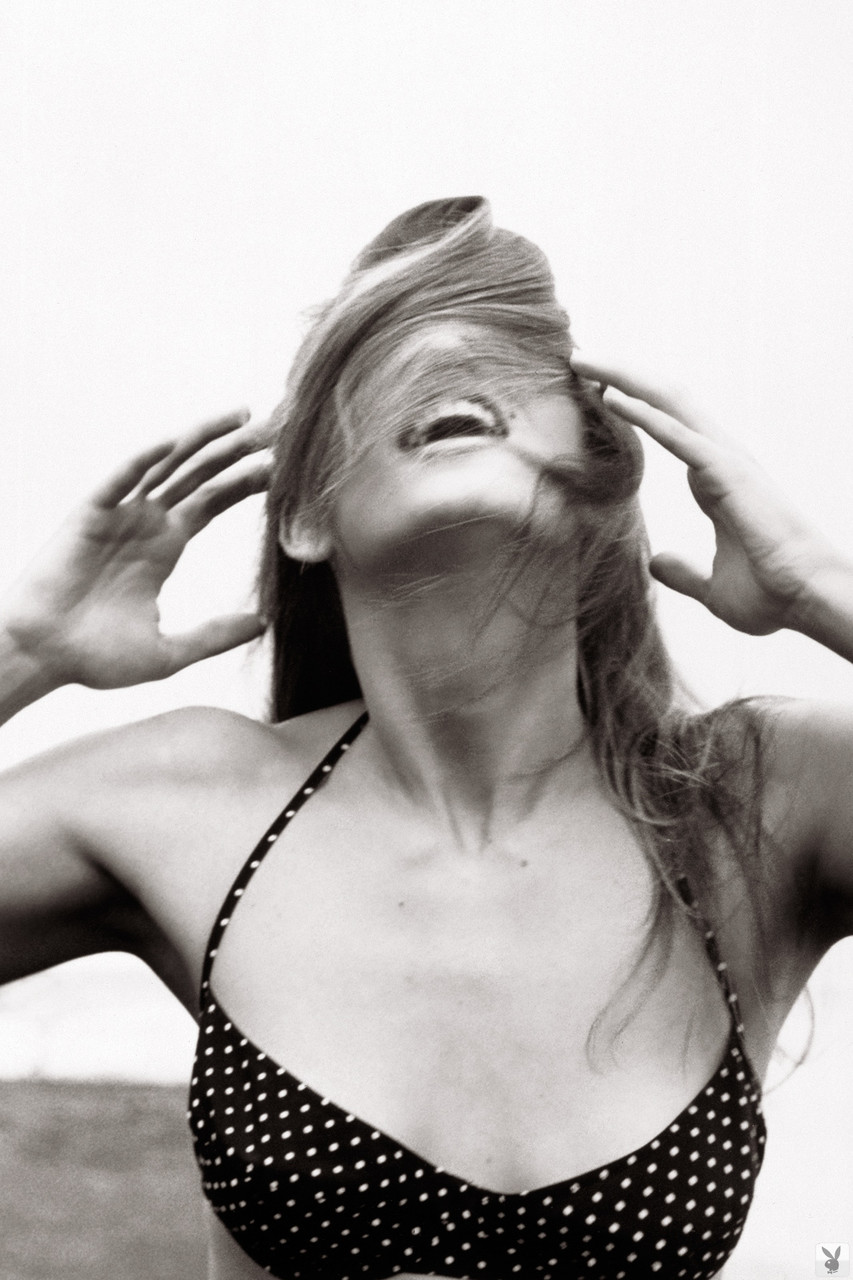 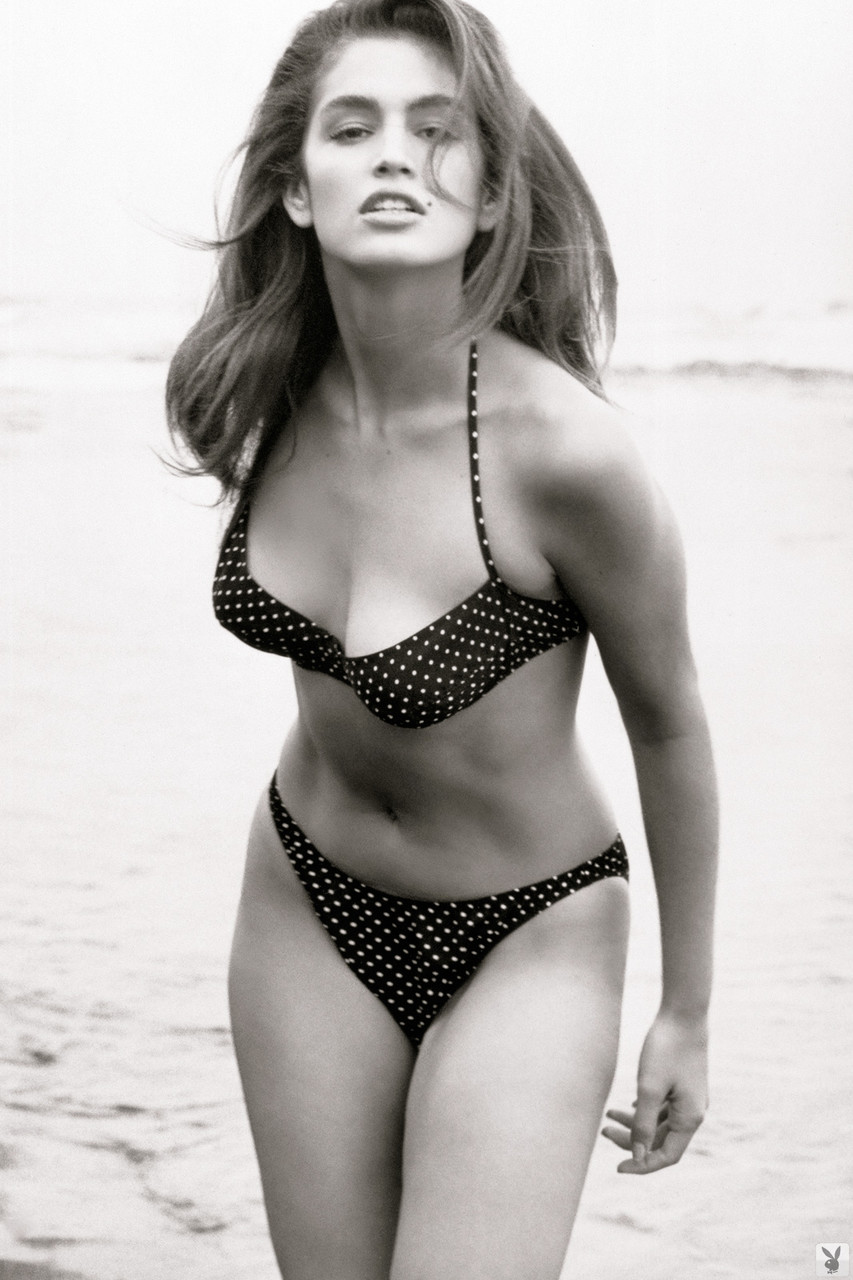 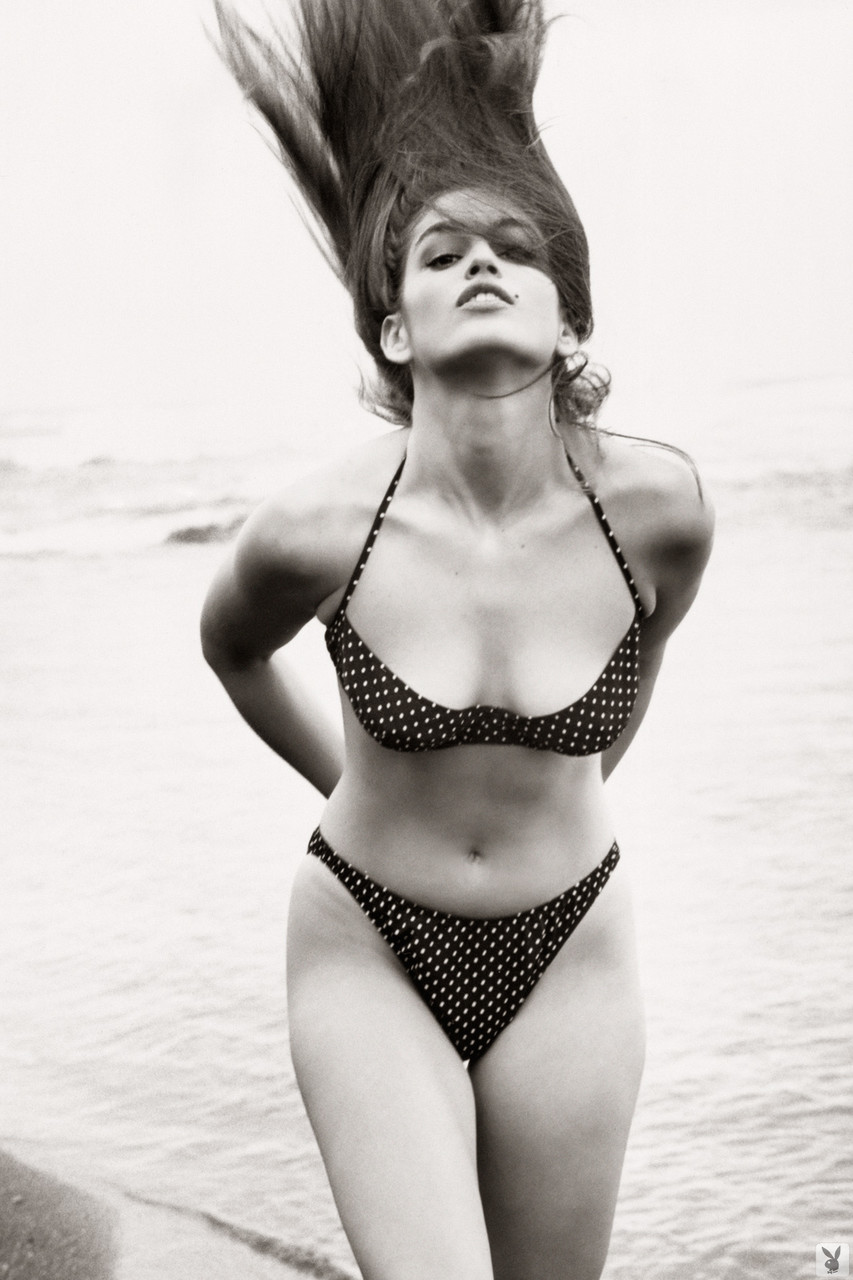 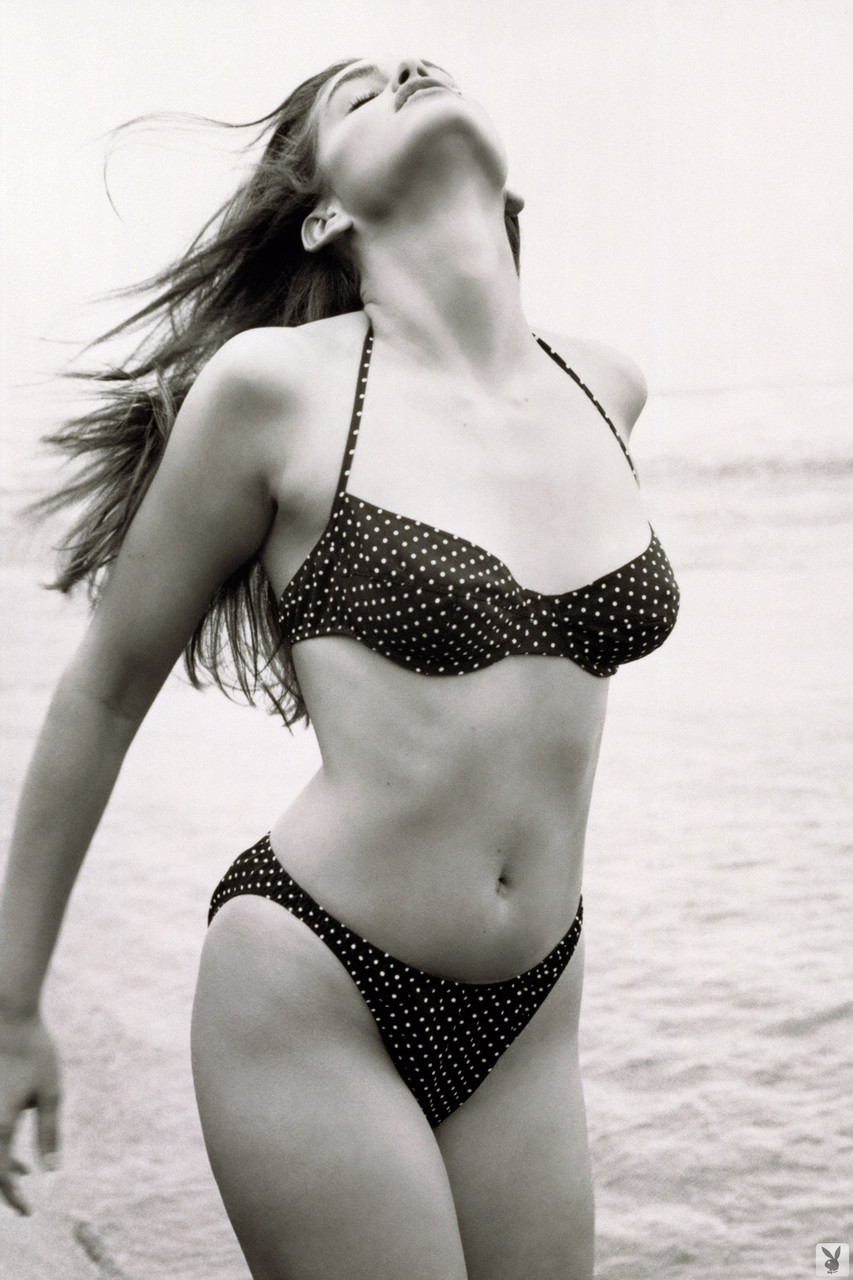 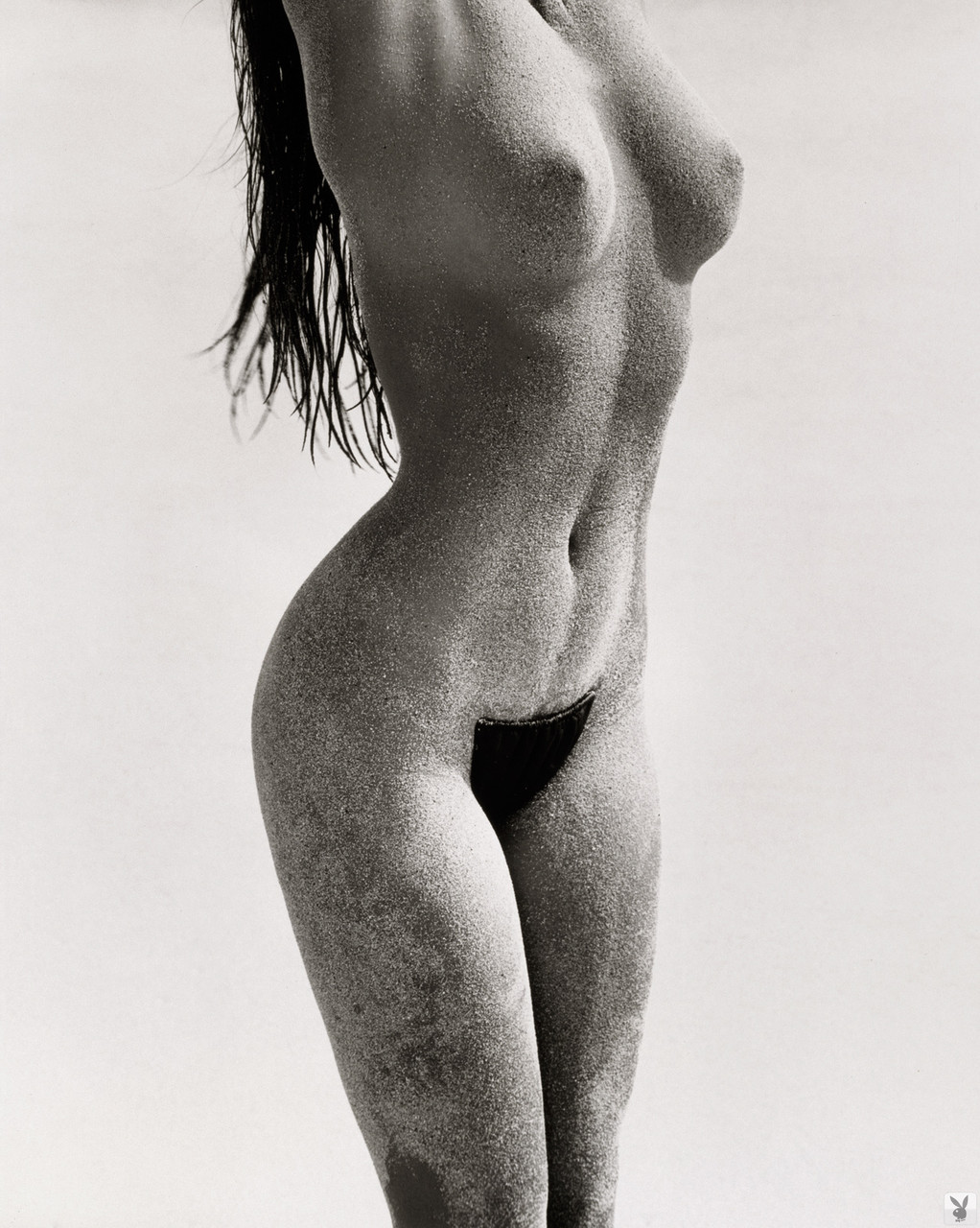