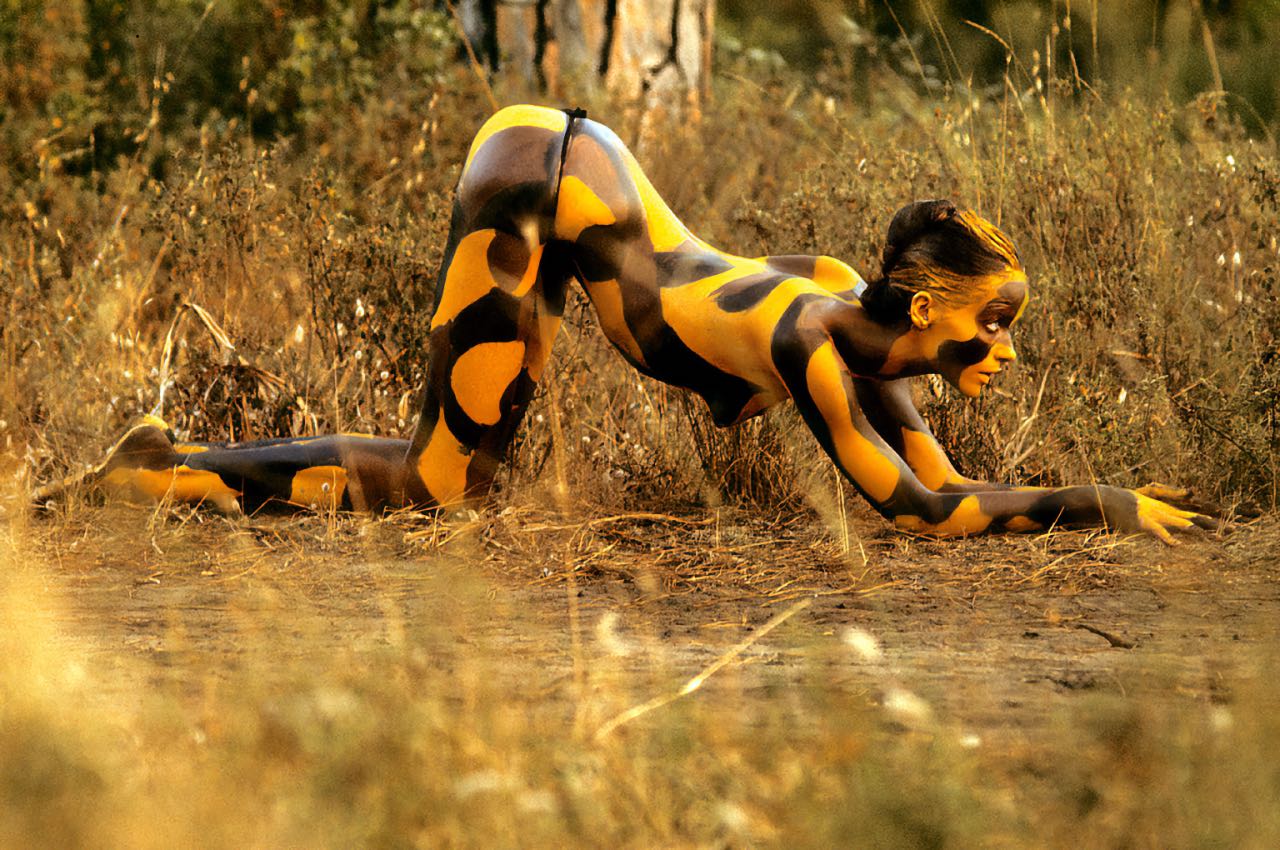 She is also known as Veruschka.

Veruschka is considered the "first German supermodel." She is a daughter of Heinrich Graf von Lehndorff-Steinort, a member of the German Resistance. She studied art in Hamburg and then moved to Florence, where she was discovered at age 20 by the photographer Ugo Mulas and became a full-time model. Back then tall models were not considered desirable in Paris, but there she met Eileen Ford, head of the prestigious Ford Modeling Agency. In 1961, she moved to New York City, but she did not score any bookings. To stand out, she returned to Munich and told people that she was really from Russia and changed her name to create a mysterious persona, which earned her many bookings. She had also garnered attention when she made a brief five minute appearance in the 1966 cult film Blowup by Michelangelo Antonioni (Premiere named the scene the sexiest scene in film history although there was no nudity). In the same year, she did her first shoot wearing nothing but body paint, which she would continue to do for years. She once worked with Salvador Dali and photographer Peter Beard, who took her to Kenya, where she painted herself with black shoe polish to resemble surreal plants and animals in an attempt to "go native". At her peak, she earned as much as $10,000 a day. In 1975, however, she departed from the fashion industry due to disagreements with Grace Mirabella, the newly appointed editor-in-chief of Vogue, who wanted to change her image to make it more approachable to average women. In 1985, she entered the art world, putting on a body-painting show in Tribeca; on her naked body, she was painted with different outfits transforming her into wild animals and several archetypes, such as film stars, dandies, gangsters, and dirty old men. Occasionally, she still appears on catwalks, for example, as a guest model in the Melbourne Fashion Festival in 2000 in Australia. She is a vegetarian. 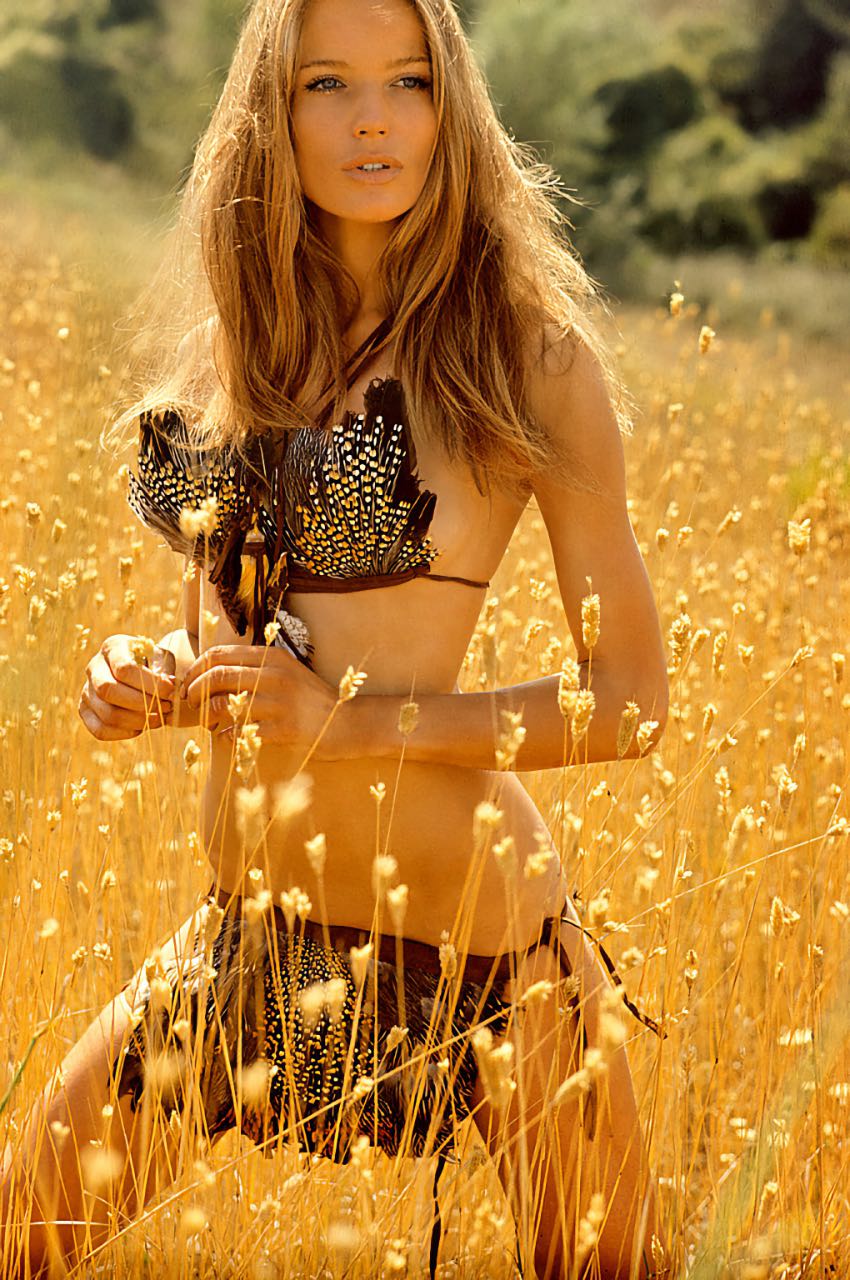 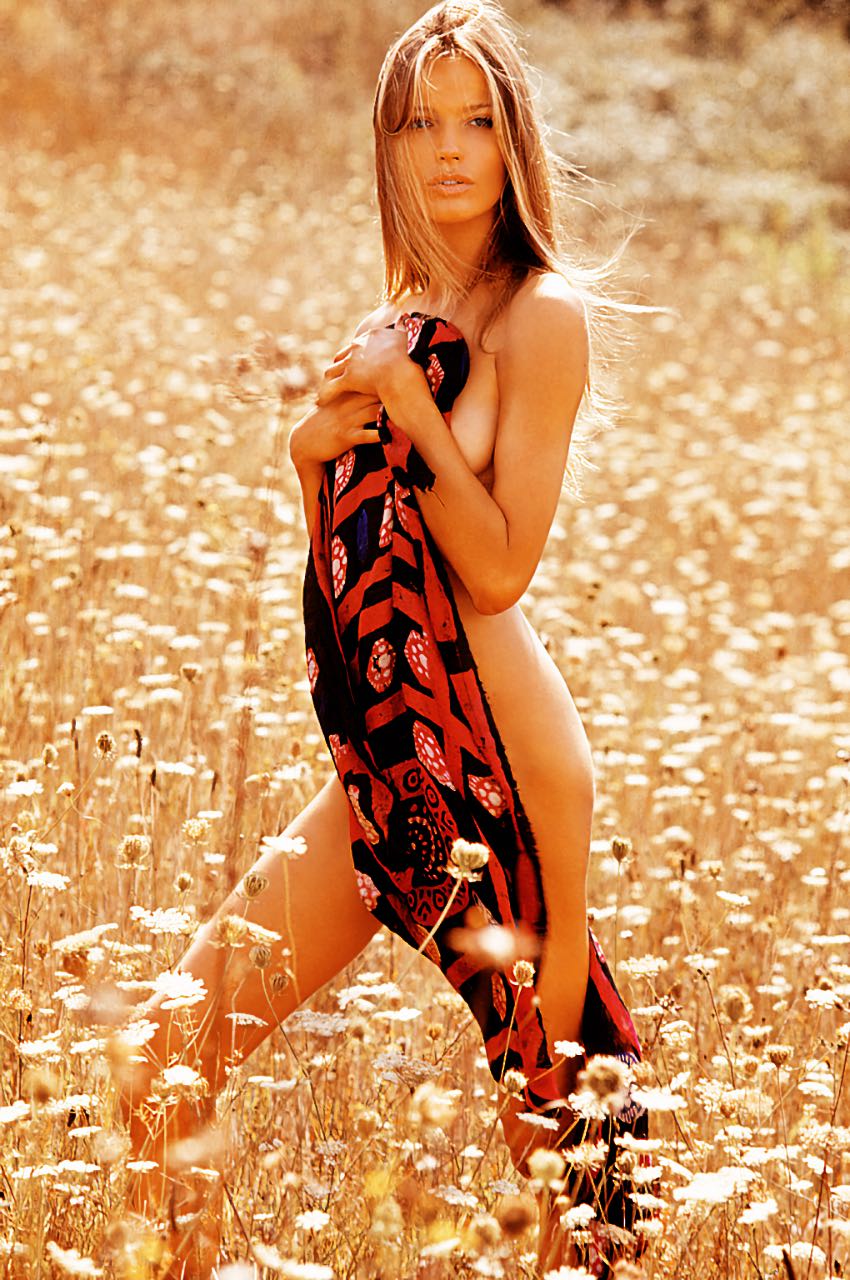 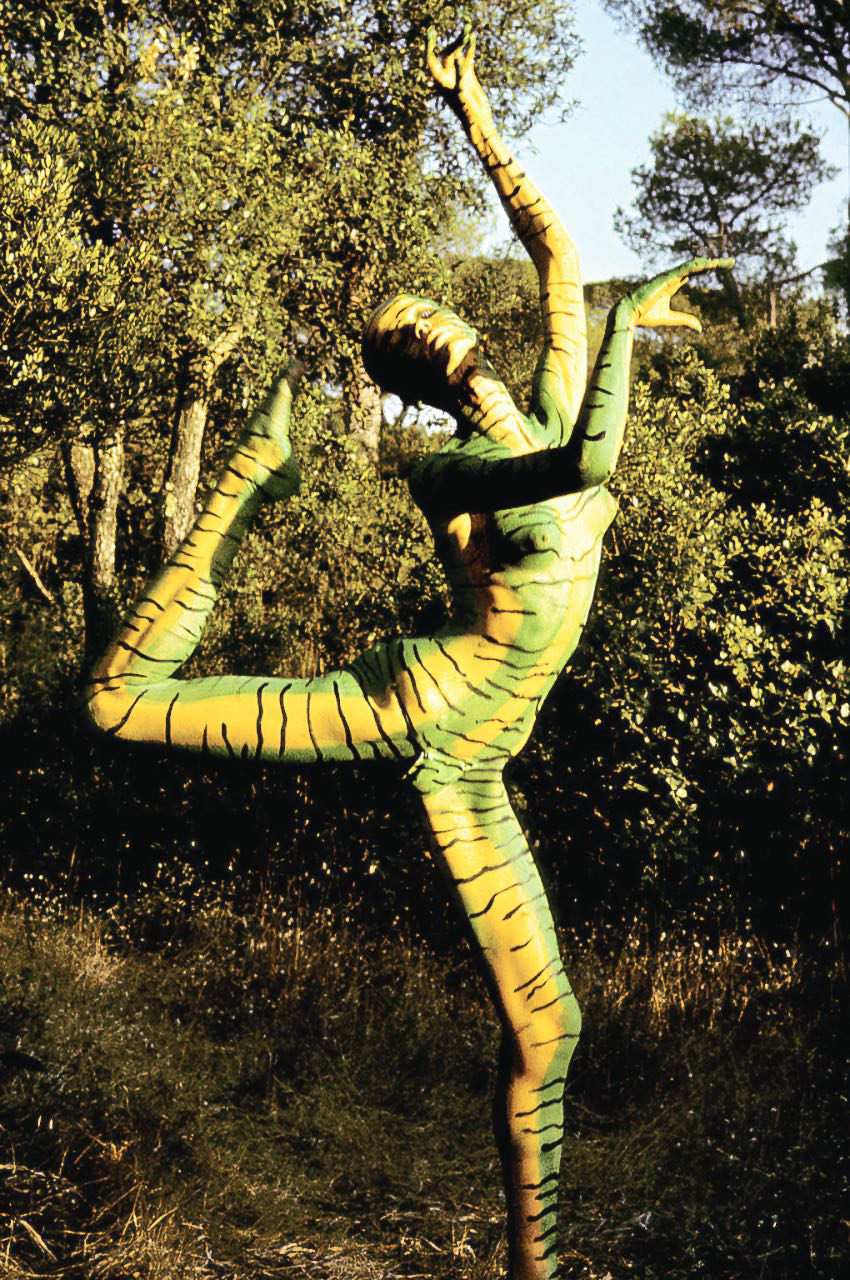 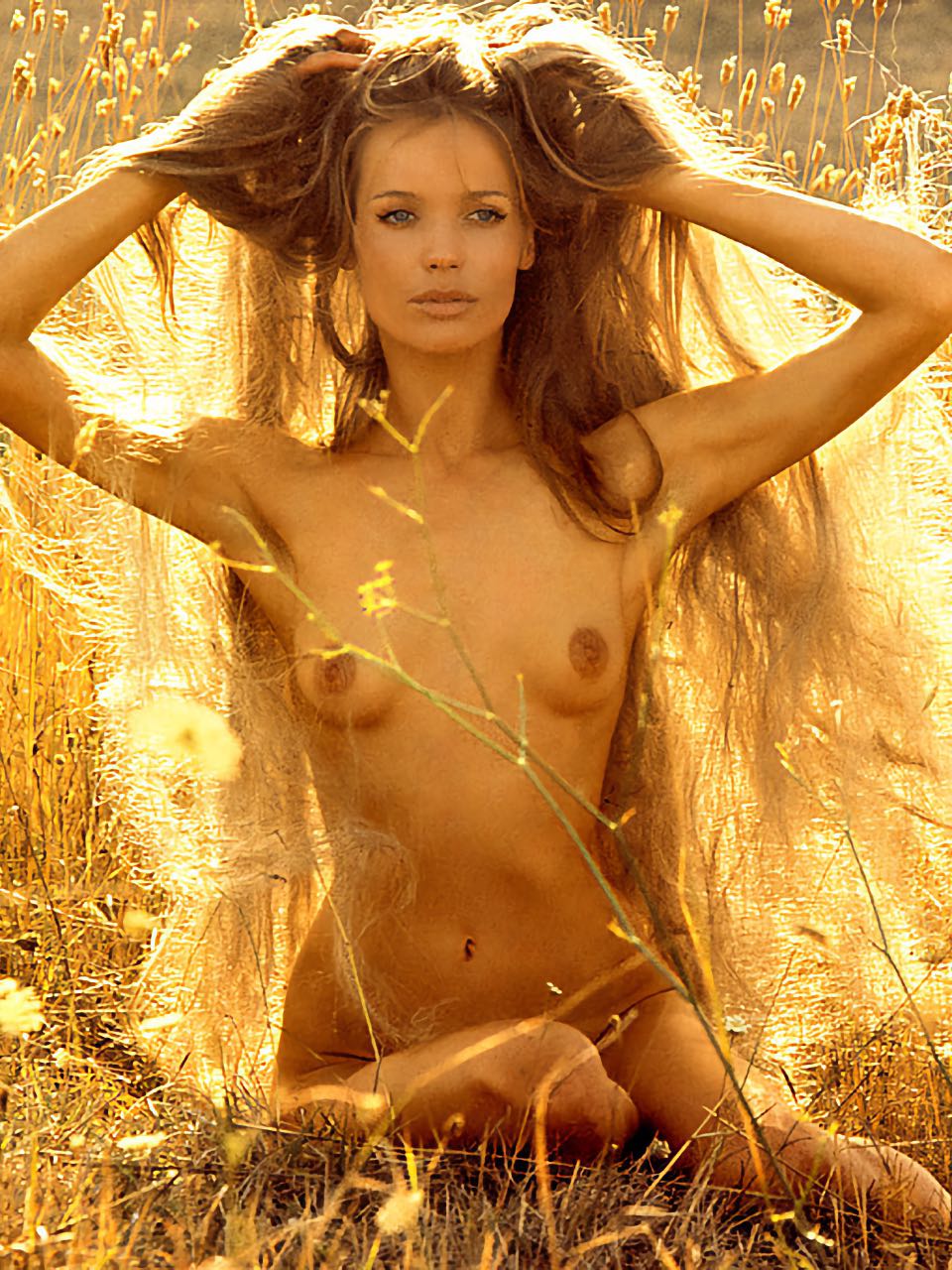 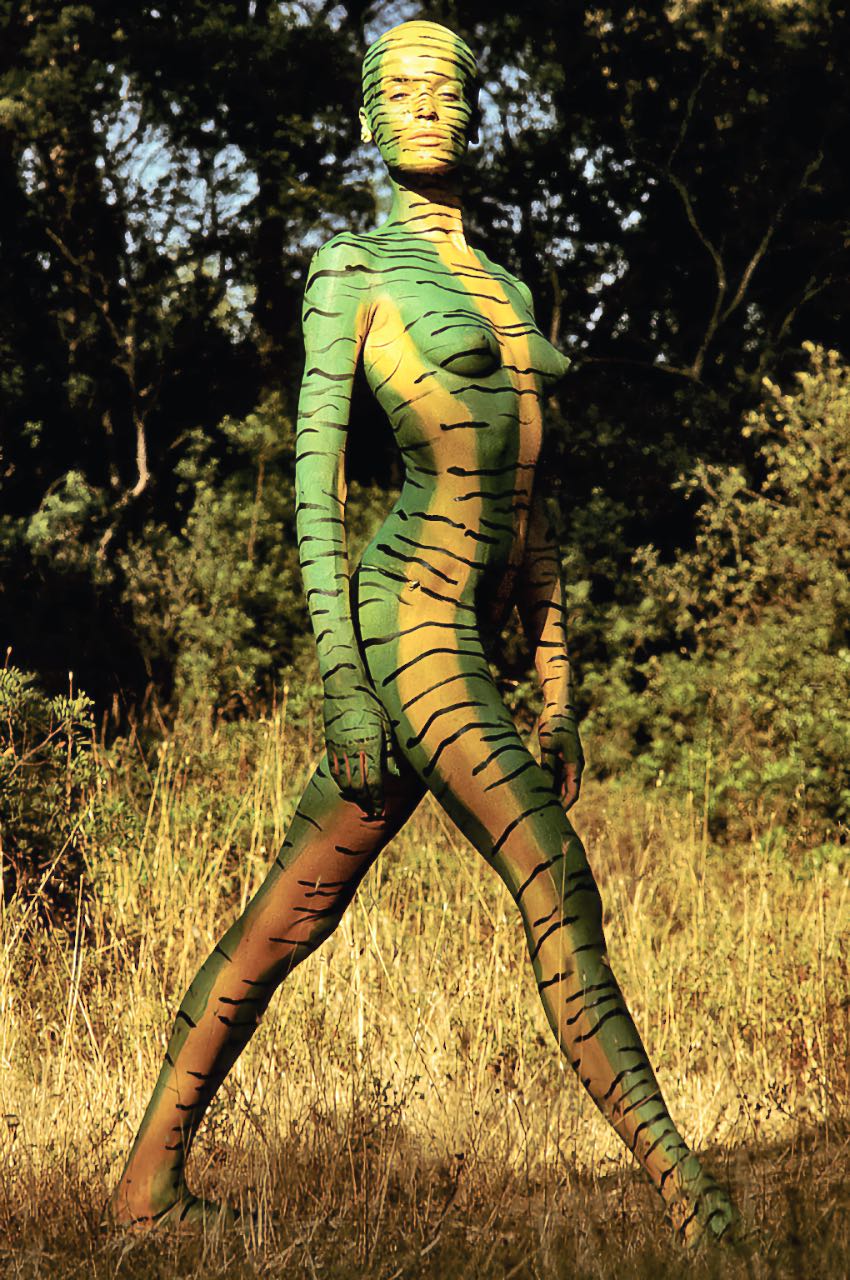 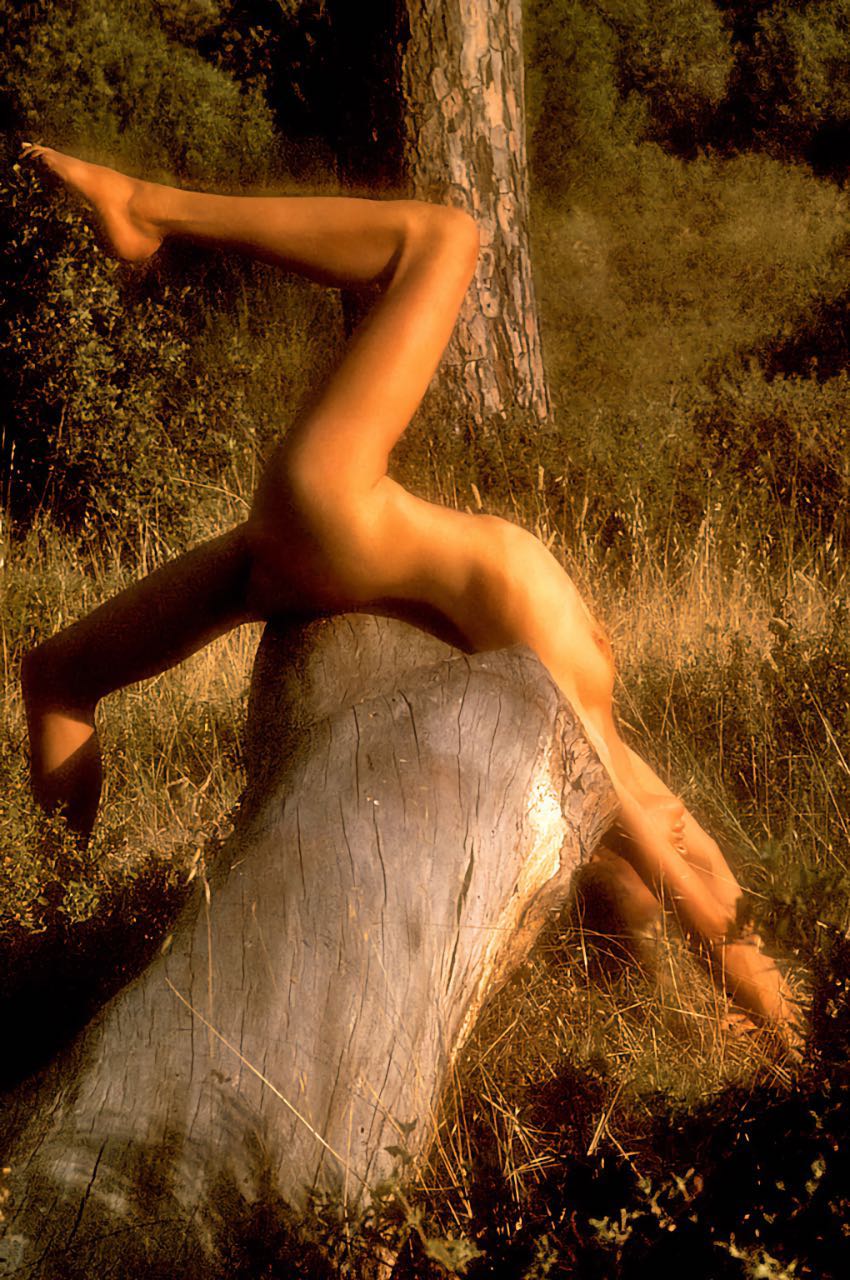 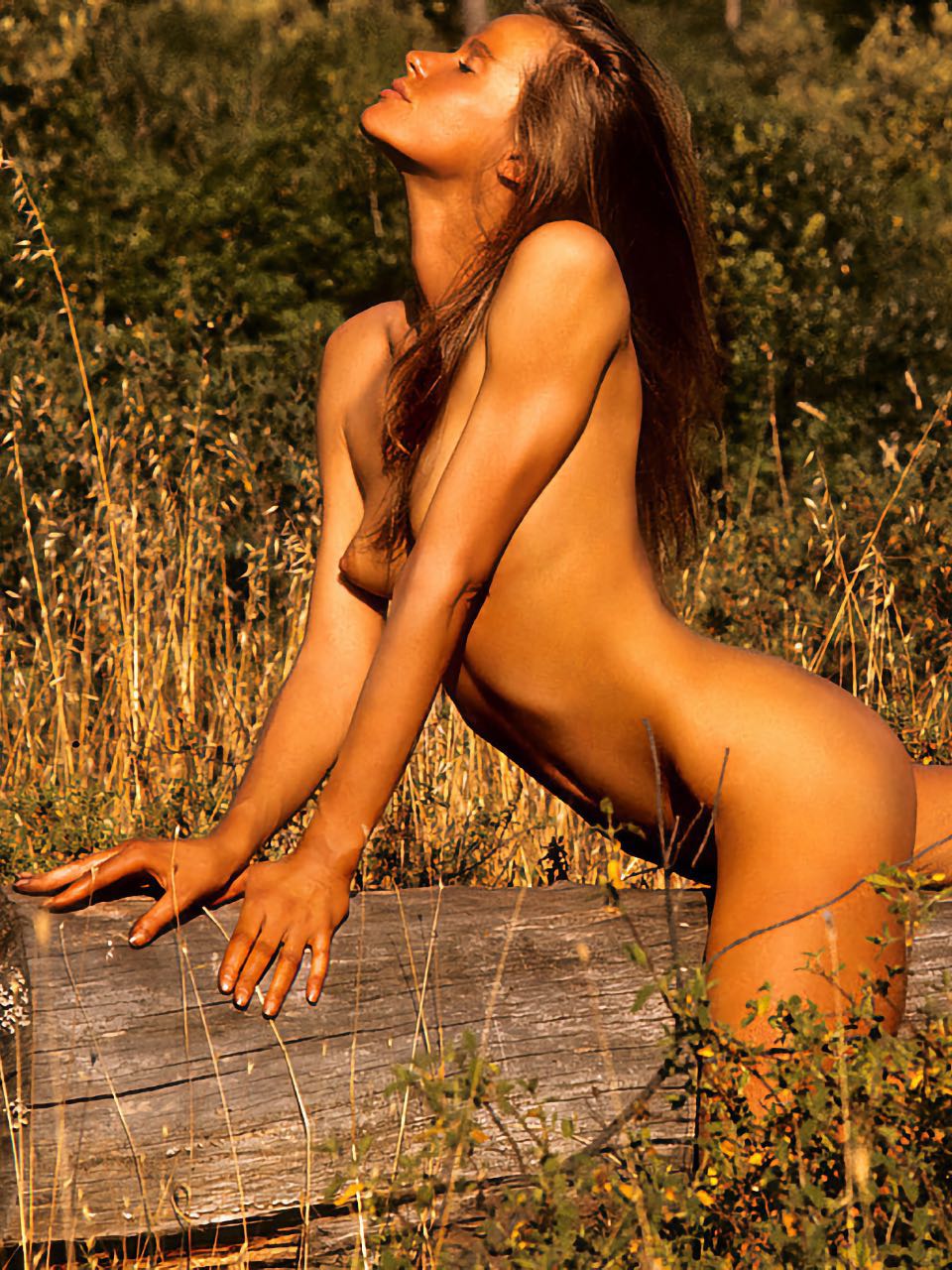 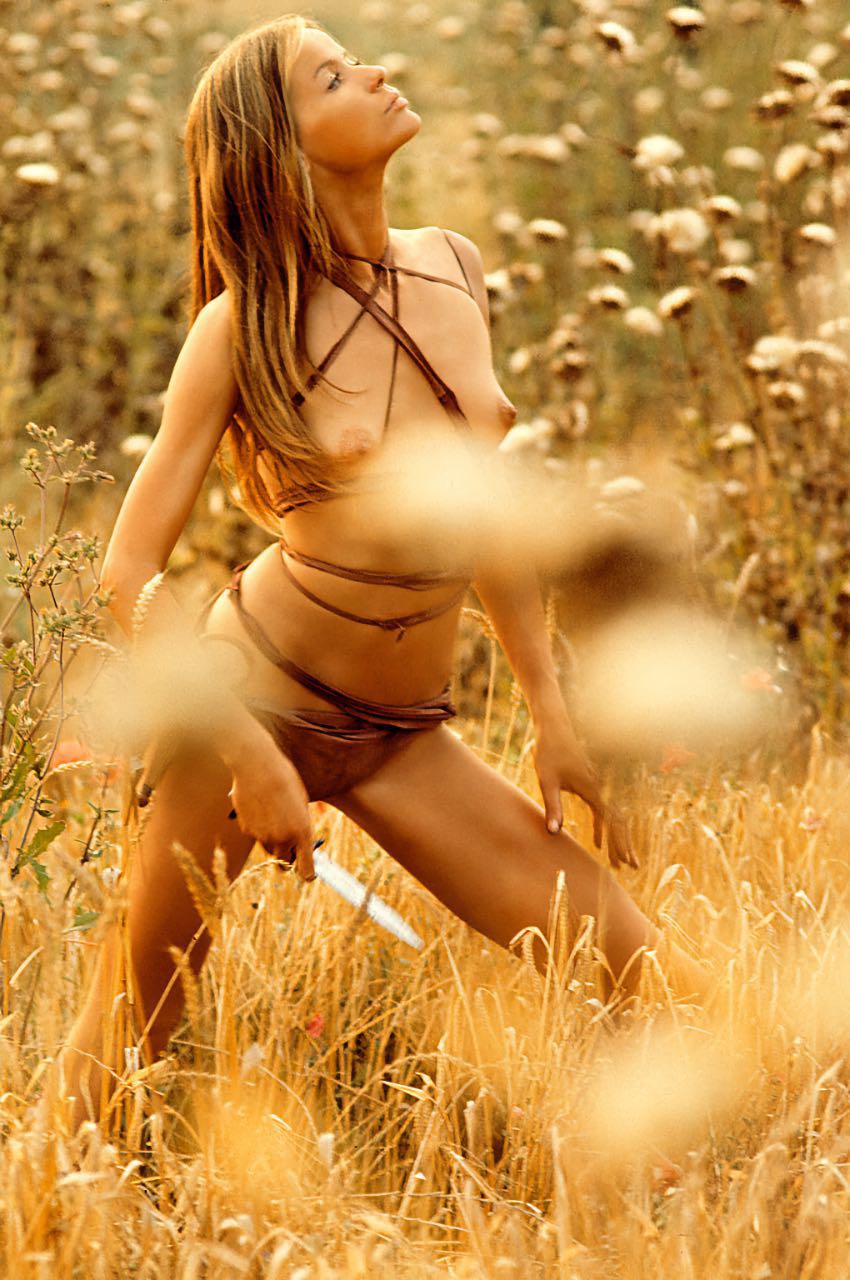 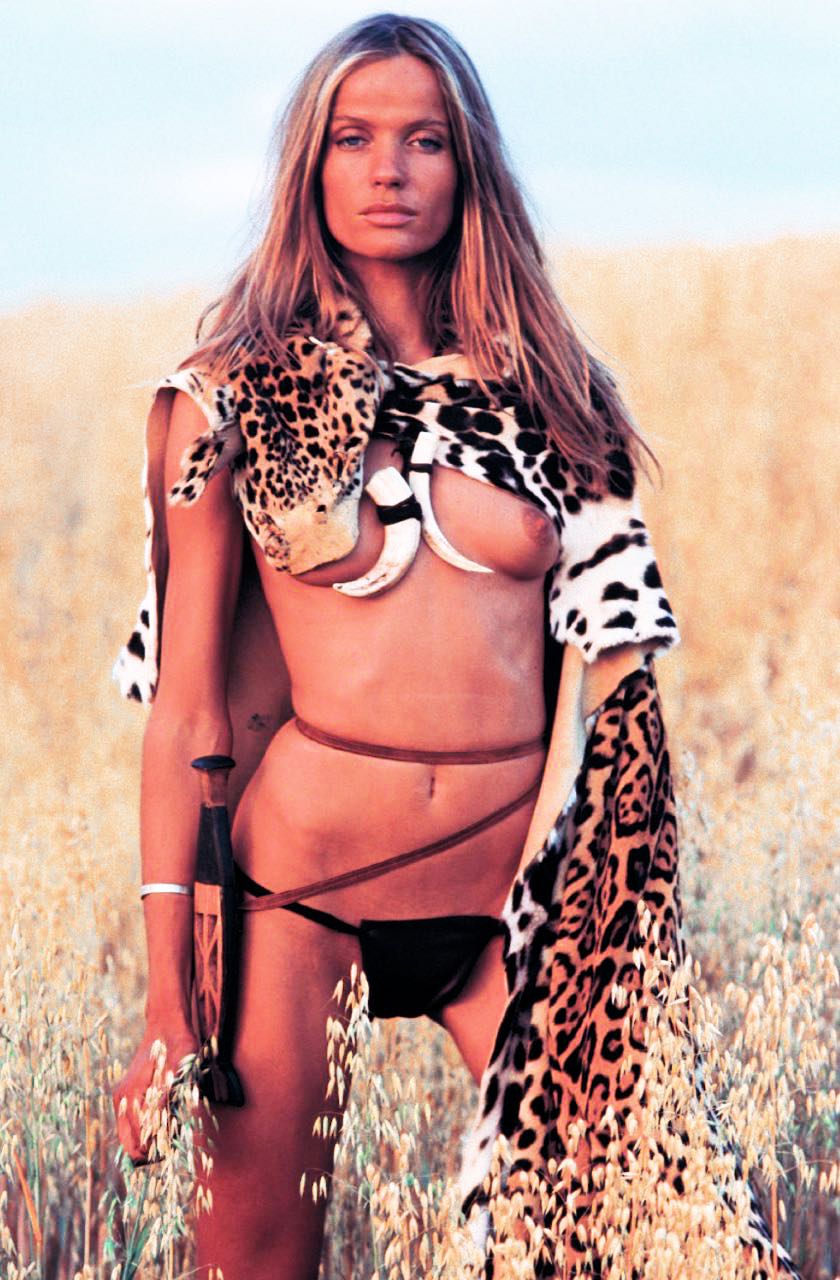 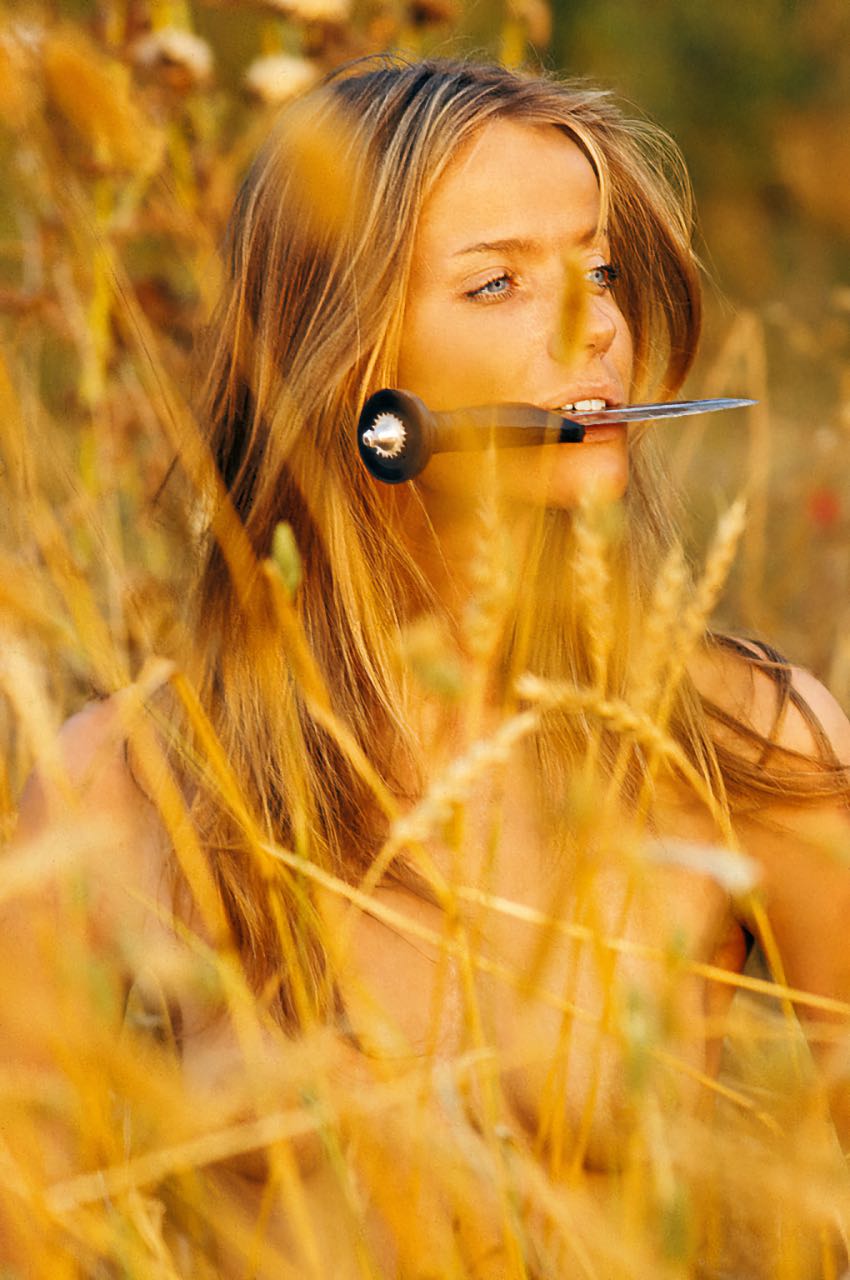